The great east window at St Anne’s is a huge depiction of the Crucifixion which is over 150 years old and badly in need of repair.  You can help us to raise the money to restore this window by sponsoring an area of the picture.

Click here to pick your pane and make your gift

The window, in the chancel, is one of the consolations for the fire that gutted St Anne’s on Good Friday 1850. The blaze destroyed an enamelled glass depiction of the Sermon on the Mount, created forty years earlier by Joseph Backler from a design by the artist Benjamin West, President of the Royal Academy.

Philip Hardwick, architect for the meticulous reconstruction of Hawksmoor’s church, recognized the need to replace the lost window with a comparable large-scale composition. So he turned to Charles Clutterbuck (1806-1861), one of the leading ‘pictorialists’ of the day. His workshop was in nearby Stratford but his stained glass was being commissioned by churches all over the country, particularly East Anglia and the Welsh counties of Gwent and Clwydd. Work closer to hand included east windows for St Botolph’s, Aldgate, St Luke’s Old Street, St Matthew’s Bethnal Green, and St Matthews, City Rd. Resisting the vogue for mediaeval-style mosaic glass, Clutterbuck pursued the eighteenth century craft of enamel painting, applying ground glass to large panes with a brush and then baking them to a hard translucent finish in a specially sized oven. He started work on the Limehouse window soon after the fire.

The Crucifixion is characteristic of Clutterbuck’s style: biblical, dramatic, large-scale, with a high horizon and a frame full of action and detail. From a distance it’s still impressive. But seen close-up it’s in a very bad way. Clutterbuck tended to apply the enamel too liberally, causing it to peel and crack. After a century and a half, much of his painted detail has been lost. The bomb blasts of two world wars have distorted all the panels. Many of the individual quarries have been fractured by structural or thermal movement. Original lead cames have been puttied or taped to fill cracks and keep out draughts and damp. The many leads added in previous repairs cut intrusively across the large panes of Clutterbuck’s original design. Several pieces of glass are in imminent danger of falling out.

The fourteen panels of Clutterbuck’s window are exceptionally wide and will require expert handling. Once they have been lifted out and moved to a studio, glass conservators will replace the leadwork, mend fractured panes, clean accumulated grime and carefully restore lost paintwork. The window will be reinstated with secondary glazing. 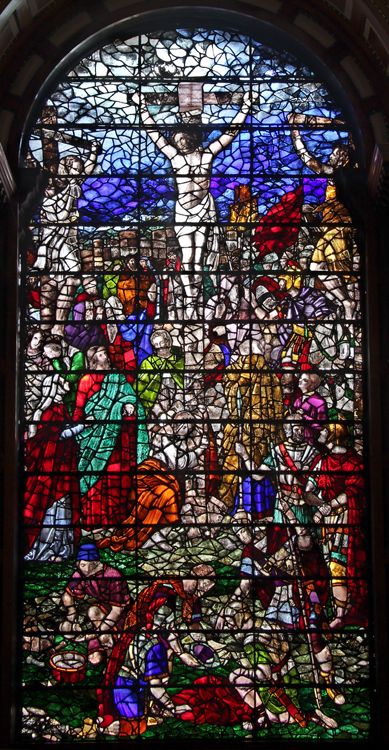 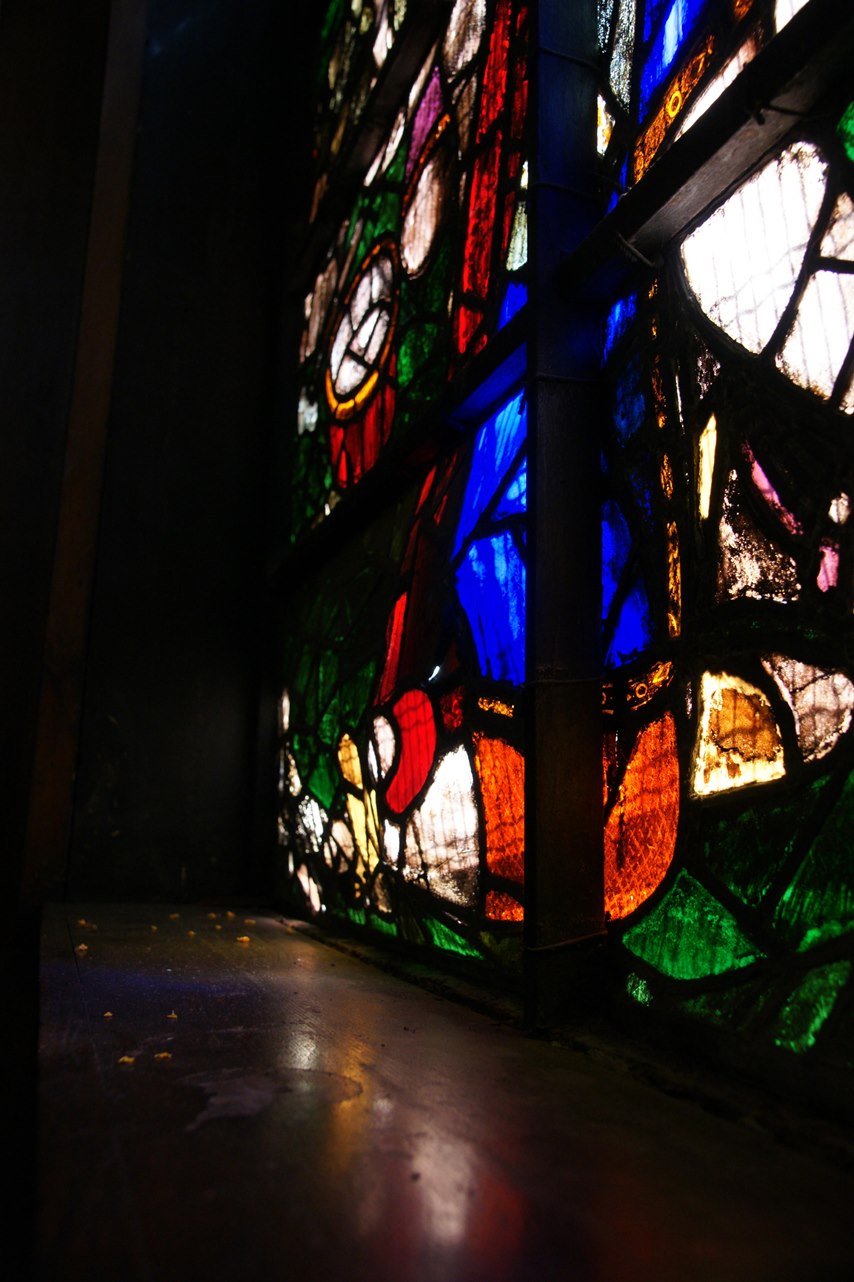 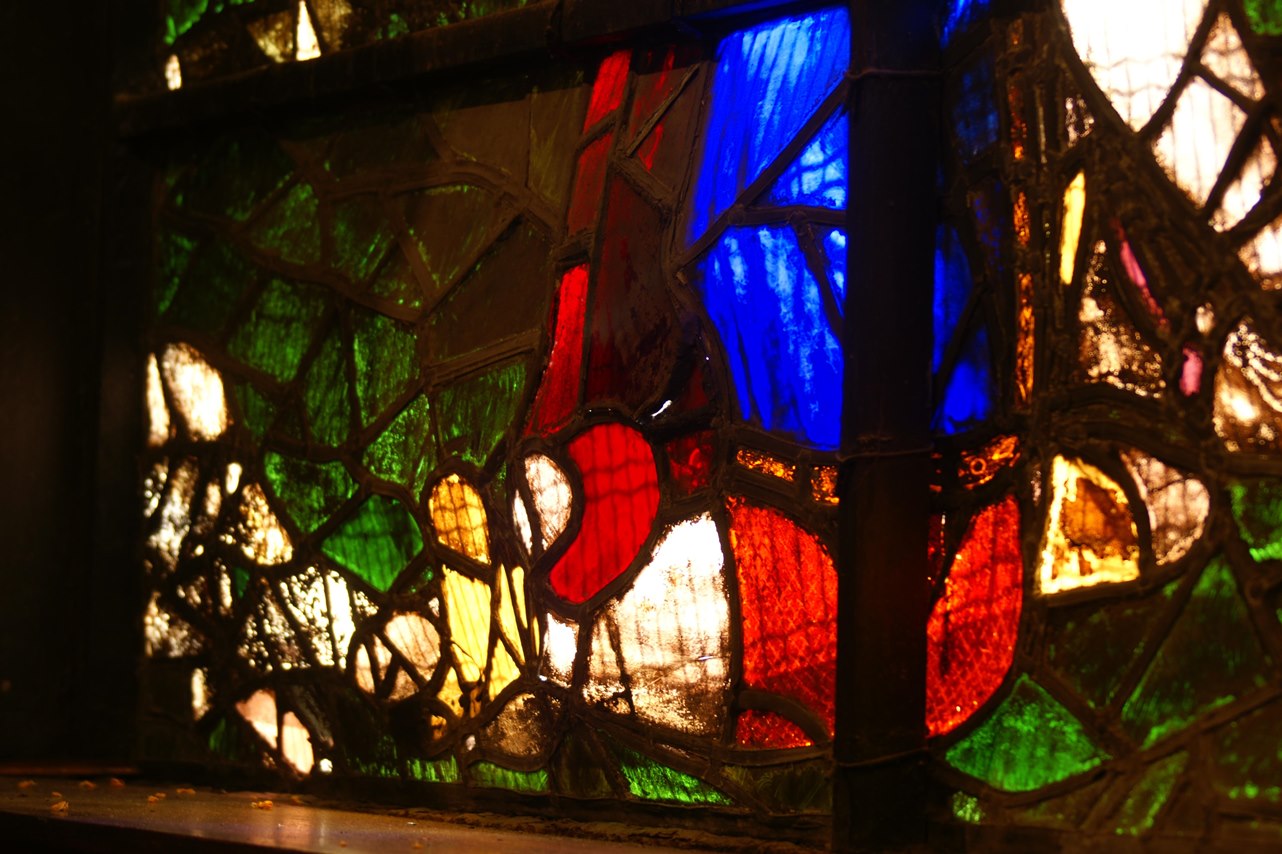 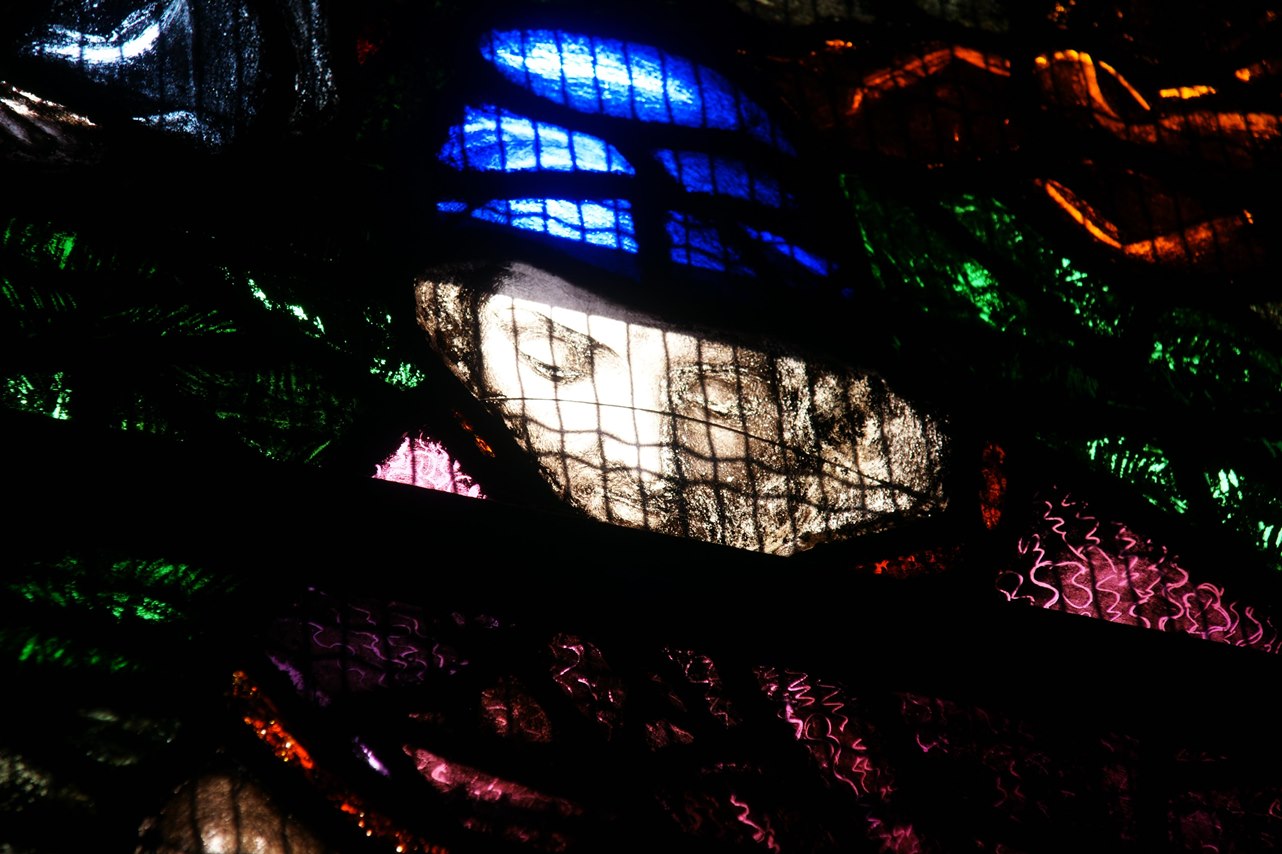 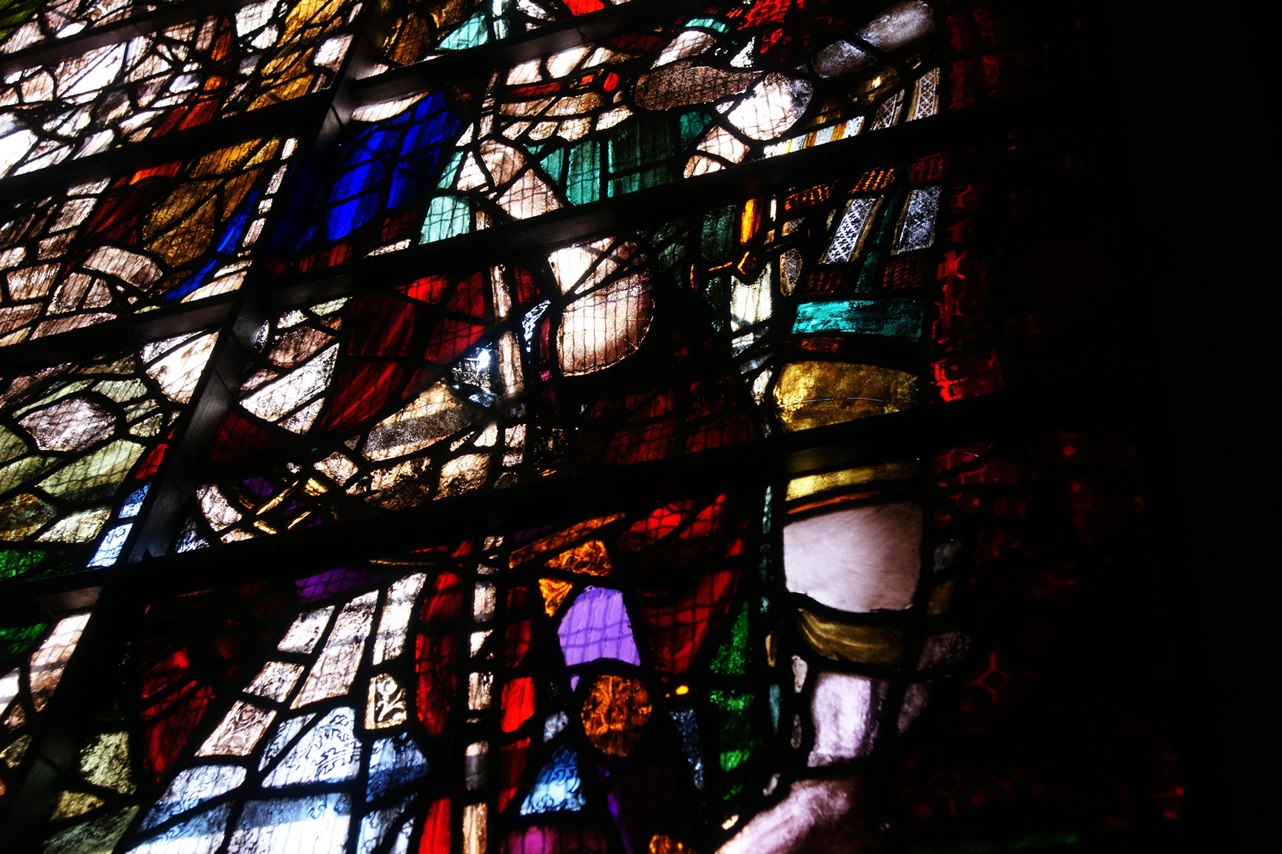 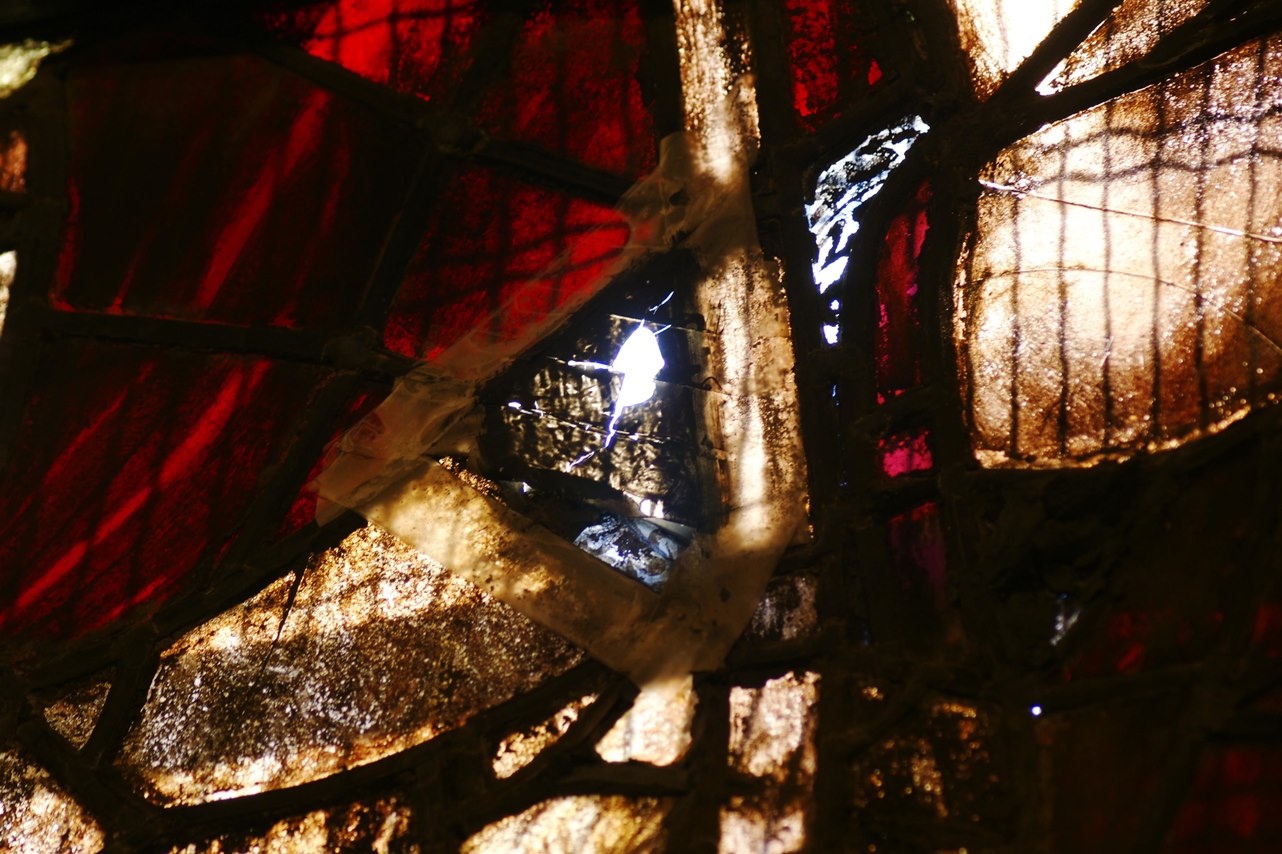 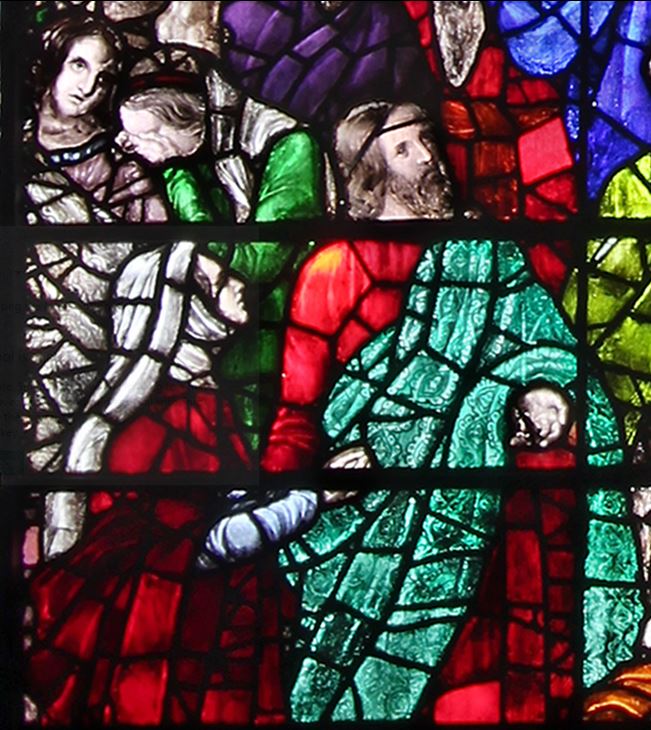 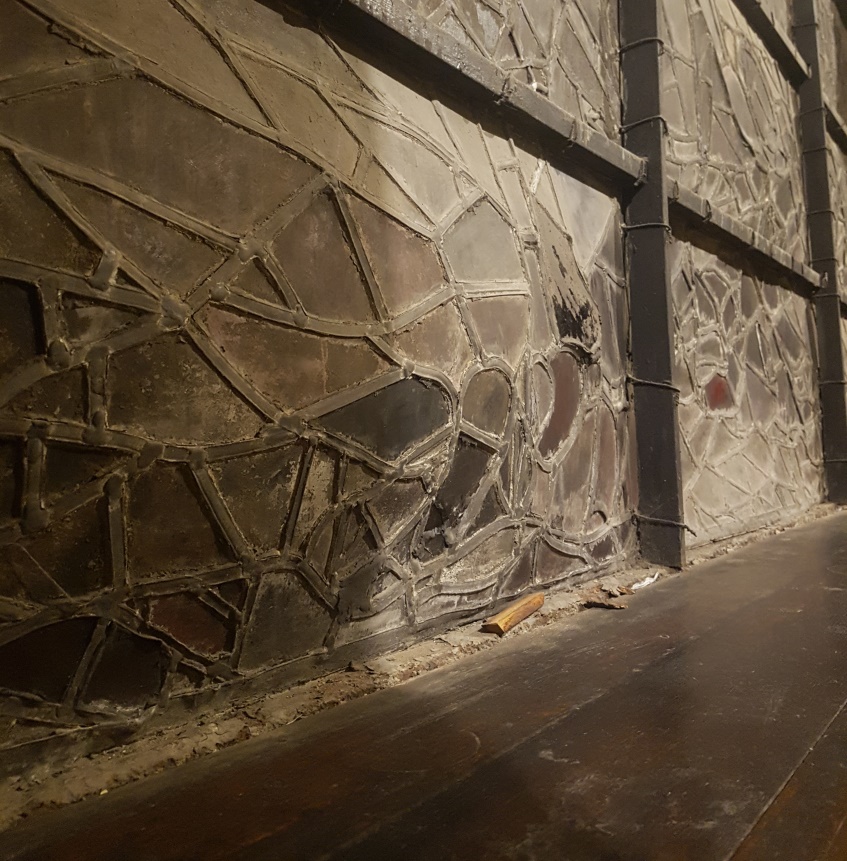 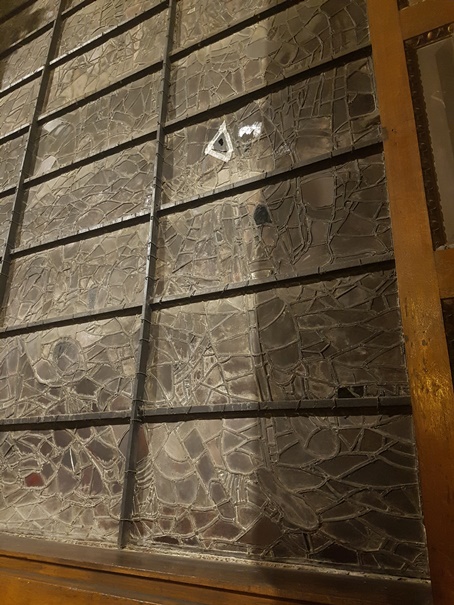 Click here to pick your pane and make your gift